Officially founded in 1992 when the club entered the Meath and District League under the name of Mellifont United, the club's roots go back much further and Club Chairman Paddy Myles has many stories of encounters in the Dundalk Summer League, in which "The Font" competed for many years before entering the M.D.L. 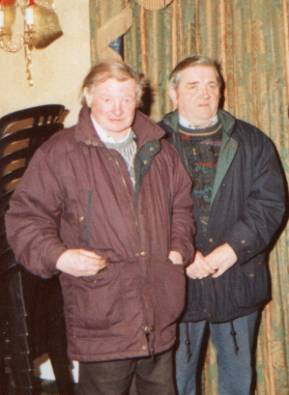 Both of those promotions were as runners-up, but the club did eventually claim it's first trophy in 1996 after many years of near misses, when they beat Cavan Town in the Gerry Bradley Memorial Shield Final. The reserve team also had a good season finishing runners up in the Reserve Cup that year. 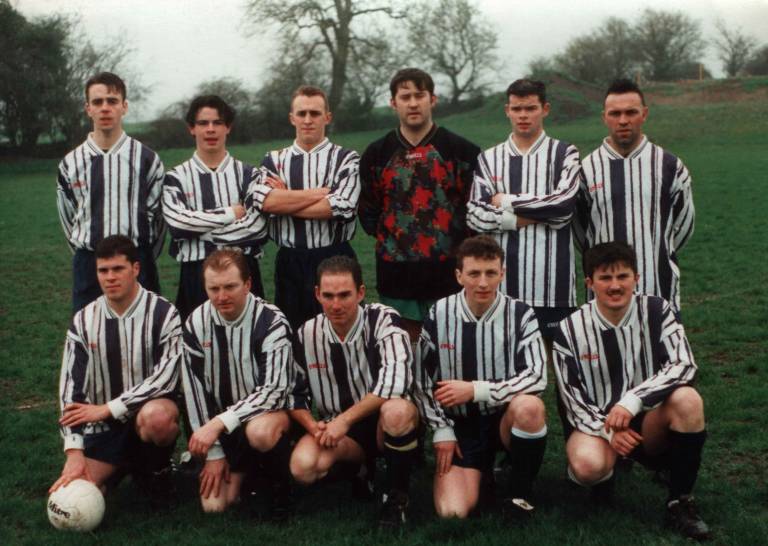 The following season was also relatively succesful. The club were narrowly beaten by Rock Celtic in the Fitzsimons Cup Final after a marathon penalty shootout that saw every player on each side take a kick, and some players were forced to take a second, as their turn came round again. The club were promoted again this season despite a final finishing position of fourth.

Getting out of Meath and District League Division One was to prove a tougher task.

Only a final day defeat of Oldcastle United kept the club in the division in 1998 as Mellifont United struggled with the step up.

Gradually though, the club found it's feet, performances improved and the focus turned to finding a new permanent home ground.

In an effort to strengthen it's links with the town of Ardee, Mellifont United became Ardee Celtic and in 2002, after four years of trying, the club eventually won promotion to the MDL Premier Division.

The match that sealed top division status could scarcely have been more exciting.

Managed by Adrian Blakemore and playing against fellow promotion hopefuls Fordrew Rovers, Ardee Celtic raced into a 2-0 advantage early in the second half thanks to goals from Gary McKenny and Kieran Coyle, only to be pegged back to 2-2 by Fordrew. But a late flourish that saw Niall Taaffe score with a forty yard freekick and Kieran Coyle complete a hat-trick saw the Ardee men home.

Adrian Blakemore - manager of the first team when they won promotion to the M.D.L. Premier Division for the first time in 2002

The underage section of the club has since mushroomed and the club now boasts over 300 playing members.

On the 1st of January 2005 Ardee Celtic played it's first ever game at our new home at Townparks just outside Ardee.

With two superb sand-based full-size pitches, a 9-a-side pitch, an all-weather pitch and a spacious clubhouse incorporating a covered stand for spectators the new facility is one of the best in the Northeast.

On the pitch 2005 saw the club flourish with the first team taking the MDL Kilmessan Shield. The reserve team carried off the Premier Reserve title along with the O'Neill Shield and also finished runners-up in the Leinster Junior Shield and the Gerry Reilly Memorial Cup.

And better still was to follow as the club picked up the Meath and District League Club of the Year award for 2005.

2006 saw the club's first team take a giant step forward finishing MDL Premier Division runners-up having only narrowly avoided relegation the year before and our reserve team captured the Leinster Junior Shield at the second attempt when goals from Robbie McKeever (from the penalty spot) and man of the match Conor McKeever sealed the win over Woodview Celtic from Dundalk.

2006/2007 got off to a superb start too as the club's first team won the James O'Connell/John McKenna Memorial Cup beating OMP and Dromin United on the way to the final against Duleek which the team won 3-0 with goals from Brendan Curtis and Robbie Reynolds.

Get live information for Club on the ClubZap App